The American Civil War in Culpeper

The Civil War Gallery is dedicated to the history of America’s most bitter and controversial war. This war pitted brother against brother, father against son, and family against family when the South succeeded from the Union and the North fought to preserve the Union.  This bloody conflict, as well as the lead-up and Reconstruction era afterwards, is interpreted through graphic panels, artifacts, and a large-scale model of the county with audio narratives of featured battles.

Meet the men, women, and children, who lived, fought, gained their freedom, and survived this war between the States. 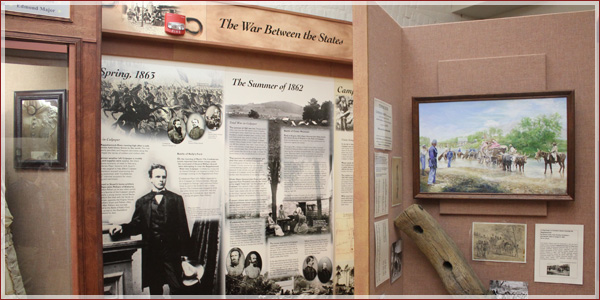